There are many speculations as to whether or not NRI’s can buy property or not and if yes, what type of property, legal formalities etc. the following FAQ’s will definitely make things crystal clear:

1. Who are expatriate or Overseas Indians?

Here is a detailed description of who constitutes an expatriate or overseas Indian.

A non-resident Indian (NRI) is a citizen of India holding an Indian passport, who has temporarily immigrated to another country (for six months or more) for education, work, residence, or any other purpose.

2. Who Can Buy Property in India?

According to the general permission granted by the Reserve Bank of India, NRIs, PIOs & OCIs can purchase immovable property in India.

3. What types of property can NRIs, PIOs & OCIs purchase?

RBI allows purchase of residential and commercial property. It does not allow the purchase of agricultural land, plantation property or a farm house in India.

4. How can NRIs invest in real estate?

According to the regulations of FEMA and RBI, an NRI is allowed to do the following investments in property:

Any immovable property can be purchased by an NRI in India other than any agricultural land, farm house and plantation property.
He can get any immovable property as mentioned above by gift from Indian resident, Indian citizen residing outside India or person of Indian origin.
He can also obtain any property by the way of inheritance.
He can transfer immovable property to any resident of India by sale.
He can transfer any agricultural land, farm house or plantation land to any resident of India by gift.
He can also transfer his residential or commercial property by means of gift to any person either residing in India or abroad or person of Indian origin.

5. How to conduct the purchase procedure?

A sale agreement must be drawn on a Rs 50 stamp paper, which will mention the final amount, advance payment, time limit to pay the due amount and details of installments.

Once the sale deed is completed, you need to get it registered at the sub-registrar or Sub-District Magistrate. The overseas buyer’s foreign address has to be mentioned in the sale agreement. He can appoint a representative in India (with a power of attorney) to act on his behalf. The power of attorney should be notarized with the Indian consulate in the buyer’s country of residence.

The property can be registered in the name of the NRI and the holder of the power of attorney can sign on his behalf by producing a copy of the document to the appropriate authorities.

6. Are NRI/PIO/OCI eligible for Housing loans to buy property from any Indian Bank?

An authorised dealer or a housing finance institution in India approved by the National Housing Bank may provide housing loan to a non-resident Indian or a person of Indian origin residing outside India. For acquisition of a residential accommodation in India, subject to the following conditions, namely:

The quantum of loans, margin money and the period of repayment shall be at par with those applicable to housing finance provided to a person residing in India.
The loan amount shall not be credited to Non-resident External (NRE)/Foreign Currency Non-resident (FCNR)/Non-resident non-repatriable (NRNR) account of the borrower.
The loan shall be fully secured by equitable mortgage by deposit of title deal of the property proposed to be acquired, and if necessary, also be lien on the borrower’s other assets in India.
The installment of loan, interest and other charges, if any, shall be paid by the borrower by remittances from outside India through normal banking channels , i.e., NRO/NRE account in India or out of rental income derived from renting out the property acquired by utilization of the loan or by any relative of the borrower in India by crediting the borrower’s loan account through the bank account of such relative (The word ‘relative’ means ‘relative’ as defined in section 6 of the Companies Act, 1956.)
The rate of interest on the loan shall conform to the directives issued by the Reserve Bank of India or, as the case may be, the National Housing Bank.
A maximum of 80 per cent amount is financed by the financial institution. The rest should be given by the NRI.
The NRI has to repay his principal amount as well as interest part from that similar channel only.

7. What is the tax treatment for income generated from property selling or renting for NRI/PIO?

The mere acquisition of property does not attract income tax. However, any income accruing from the ownership of it, in the form of rent (if it is let out)/annual value of the house (if is not let out and it is not the only residential property owned by that person in India) and/or capital gains (short term or long term) arising on the sale of this house or part thereof is taxable in the hands of the owner.

8. Does NRI/PIO have to file return in India for their property rental income and Capital Gains Tax?

Rental income earned is taxable in India, and they will have to obtain a PAN and file return of income if they have rented this property. On sale of the property, the profit on sale shall be subject to 9 capital gains. If they have held the property for less than or equal to 3 years after taking actual possession then the gains would be short term capital gains, which are to be included in their total income as tax as per the normal slab rates shall be payable and if the property has been held for more than 3 years then the resultant gain would be long term capital gains subject to 20% tax plus applicable cess.

9. Is repatriation of application money for booking of flat / payment made to the builder by NRI/ PIO allowed when the flat is not allotted or the booking / contract is cancelled?

The Authorised Dealers can allow NRIs / PIOs to credit refund of application/ earnest money/ purchase consideration made by the house building agencies/ seller on account of non-allotment of flat/ plot/cancellation of bookings/ deals for purchase of residential, commercial property, together with interest, if any, net of income tax payable thereon, to NRE/FCNR account, provided, the original payment was made out of NRE/FCNR account of the account holder or remittance from outside India through normal banking channels and the Authorised Dealer is satisfied about the genuineness of the transaction.

10. Can one continue ownership of already acquired property after becoming an NRI?

A person who owns a property when he becomes an NRI can continue to hold the property in his name. It is interesting to note here that such resident Indian becoming an NRI is even allowed to continue to own agricultural land, plantation property or farm house which he is otherwise not allowed purchasing after becoming NRI. An NRI is allowed to let out the property, which he owned when he became an NRI without taking any permission from RBI. An NRI is even allowed to get the money sent back outside India after appropriate taxes have been paid in India from rent so received. 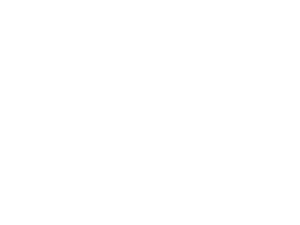 NorthernSky Properties, has built a solid reputation for Trust and Quality over the last 18 years, with a unique, customer-oriented approach to our clients.

Hello, How may we help you?
Just send us a message via your favorite messaging app.